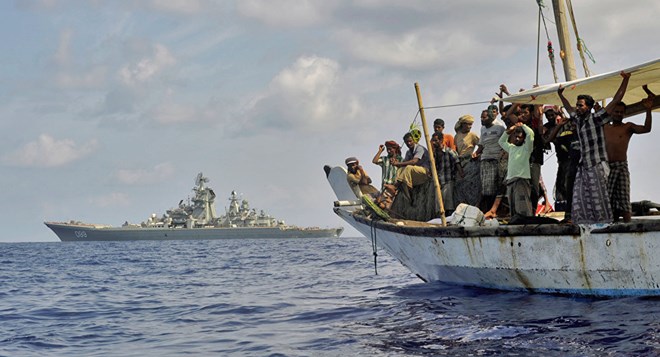 The USS Ashland, a landing dock ship, was participating in anti-piracy operations off the coast of Djibouti in April 2010 when it came under fire from pirates in a skiff. The Ashland fired two rounds at the skiff with a 25mm gun, setting it ablaze and forcing the pirates to abandon ship, the Navy said. The six pirates were rescued and later handed over to authorities.