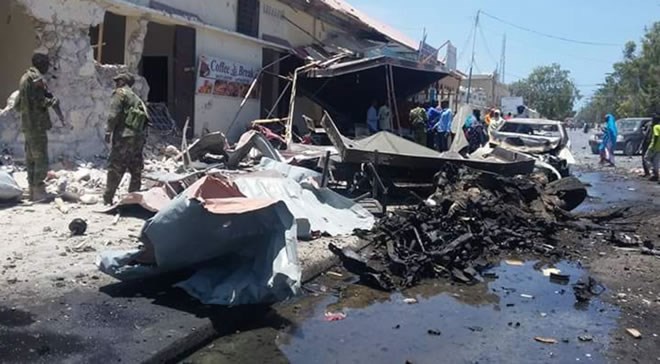 A large explosion believed to be a suspected car bomb was heard outside two government offices.

Emergency response vehicles are racing towards the blast site to assist the injured.

There has be no immediate claim of responsibility but Al-Shaabab, one of the only active insurgency groups in the country with bomb-making materials and expertise is widely believed to be behind the attack.