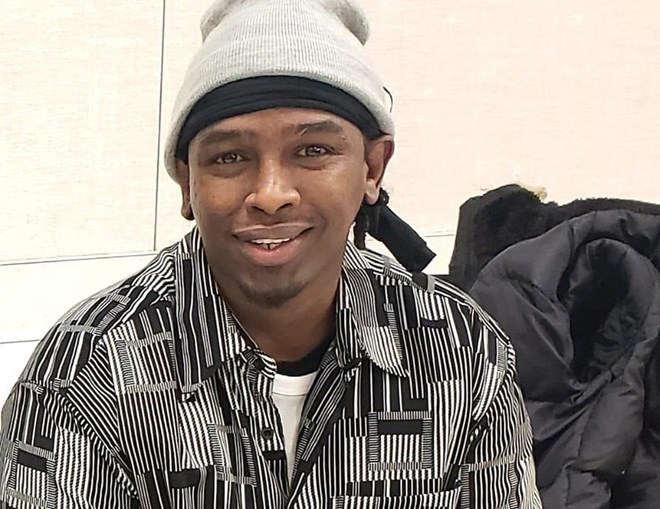 International advocates lobbied Canada not to deport Abdilahi Elmi to Somalia. He had come to Canada as a 10-year-old fleeing civil war, and was later placed in foster care.

A former child refugee facing deportation to Somalia has been freed from custody in Edmonton, after advocates and the United Nations successfully pressured Canada to stay his removal from the country.

The release of Abdilahi Elmi, 34, comes after almost six months of detention in Edmonton following a high-profile — and as yet unresolved — battle with the Canada Border Services Agency.

Elmi escaped Somalia’s civil war as a 10-year-old boy. Despite gaining refugee status in Canada, he never acquired citizenship while under the care of children’s aid in Toronto. His lawyer says foster care officials submitted an application for permanent residency on his behalf, but the paperwork was incomplete and never approved.

CBSA declared Elmi “inadmissible” in the country after he served a six-month sentence for assault last year. As a result, he faced deportation to Somalia, one of the most volatile countries in the world. In August, the Canadian government voluntarily complied with a UN Human Rights Committee request to suspend the removal order.

Elmi was released from custody Friday following his monthly immigration detention review hearing. He will now move to a treatment centre for rehabilitation.

“He’s feeling so happy, he’s feeling so relieved. He feels like he’s very overwhelmed and he feels very supported,” said Dunia Nur, president of the Edmonton-based African Canadian Civic Engagement Council, an organization that advocated on Elmi’s behalf for over a year.

“The next steps for Mr. Elmi are rehabilitation, community reintegration and family reunification.”

Elmi experienced significant trauma from an early age, Nur added, having survived civil war and the loss of his father and grandmother as a young boy. As a new refugee in Toronto, he was separated from his mother and placed into foster care. At 15, he was living on the streets and struggling with substance abuse.

“His story is literally a textbook story of what a young person and their family looks like when they don’t receive adequate support,” Nur said.

Had children’s aid completed Elmi’s permanent residency application and set him on the path to citizenship, CBSA could not have ordered his removal to Somalia. He was originally scheduled to be deported to Kismayo, where a recent terror attack left 26 people dead, including Canadian journalist Hodan Nalayeh. Elmi has no family left in his birth country.

“There’s a lot to be learned from this story. The hope is that it will generate a reform of the intersection of the foster system and immigration,” his lawyer Idowu Ohioze told the Star.

Although Elmi’s deportation has been stayed, he must now win an application for judicial review of the removal order in Federal Court. If it is successful, his deportation will be reviewed and could be formally halted. Ohioze said there was no timeline for that process.

“It’s actually the beginning of a new conversation that will be addressed nationwide,” she said.