At 5:23pm on May 13 , CCTV footage at Miale entertainment lounge in Nairobi show businessman Bashir Mohamed Mahmoud entering the establishment in his black Range Rover.

Before he alights, he is seen dishing out money, appearing to be Sh1,000 notes, to guards and bouncers there.

At 6:49pm, the car, registration number KCQ 007P, is seen driving off from the facility located in Nairobi’s Lavington area, the guards bidding him bye.

This is the last time the whereabouts of Bashir are known. He has neither been seen nor communicated with his friends and family.

On May 14, his family recorded a missing person’s report at Muthangari police station, triggering a search for his whereabouts. His friends and family have launched an online campaign to look for him hoping he would be found alive.

The family and friends tried to trace Mahmoud using a tracking device mounted on the car he had but in vain.

His lawyers said it was likely the car tracker had been disabled as the company that installed it said they could not trace it.

But the search for Bashir has now turned bizarre after the vehicle he was driving was found burnt to a shell in a thicket in Kibiku area in Ngong, Kajiado county.

The family got wind of the burnt vehicle after someone mentioned it to them and they reported to Kibiku police station.

Shell of the vehicle that was found in Kibiku, Ngong, Image: Courtesy

When officers from the station went to the scene, they found the shell but went back to the station.

When Bashir’s family returned to the scene alongside the officers in a few hours,  the remains of the burnt car had been removed.

Bashir, 36, is a Somali-American construction engineer working in the country. He is said to be one of the contractors on a government project in Kisumu last year.

His friends said his company worked in civil engineering, real estate and architecture. He was a resident of Ohio State, USA. 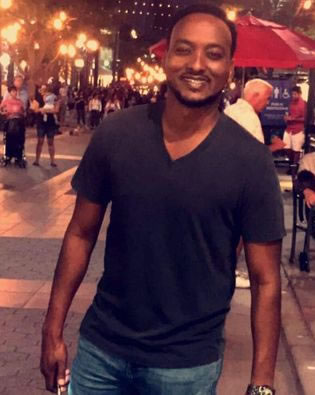 His family’s lead lawyer Charles Madowo told the Star that Bashir was living with his wife and child. He originally came from Belad Hawa in Somalia before relocating to the US. Officials say he was among those involved in ongoing political standoff in Somalia.

His other lawyer Nuru Said said on the day he is believed to have been abducted or gone missing, Bashir was supposed to meet some people for a business meeting but he cancelled it because it was a holiday.

“But they said the systems could not trace the exact location of the motor vehicle. We don’t know why,” he said.

Police officers aware of the investigation said they do not know who collected the shell of the burnt car.

“We did not find the remains of the shell at the scene when we went back. We are yet to know who collected them,” an officer said.

The officers had taken photos of the shell using their mobile phones. The photos show the car was burnt beyond recognition. It is not clear who burnt it or if there was an occupant therein.

“All of us have seen a vehicle that has burnt. You at the very least remain with a shell that can tell this is an SUV or a saloon. You can’t tell if it was garbage being burnt or somebody had a bonfire,” said Alibaya Hassan, another lawyer on the matter.

The lawyers said they intend to petition the US government to help in the search for Bashir, amid complaints of a sluggish investigation.

A team of detectives has visited the scene. The team plans to get hold of his communication gadgets to establish if the people he talked to could have been his abductors.

“It is possible people close to him or known to him are behind this but we don’t  know the motive yet,” an investigator said.