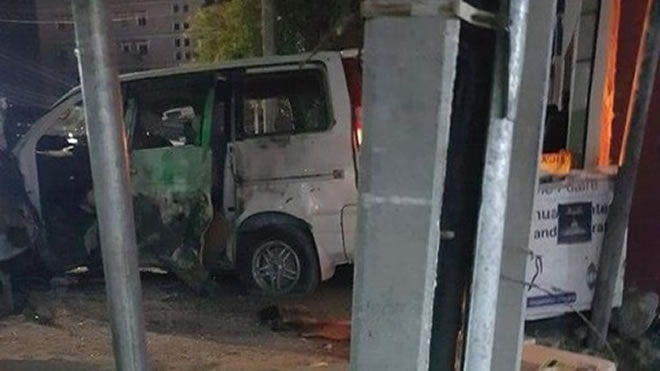 At least two people among them the bodyguard of an MP were killed and several others injured in a car bomb explosion suspected to have been targeting a new hotel in Mogadishu.

Sources told  the blast which went off at about 8pm local time ripped through a new hotel along Maka al Mukarama causing death and destruction in its wake.

Among those killed was the body of a Member of Parliament identified as Abdulkadir Arabow. An auto-rickshaw driver also perished in the bomb explosion which caused shockwaves within the area. The lawmaker escaped unscathed according to eye witnesses.

Initial reports indicate an event to open the new hotel was ongoing when the blast went off. Several structures around the area were damage by the huge blast, sources added.

The explosion came barely seven hours after a Turkish engineer who was reported to have been supervising a road construction in the outskirts of Mogadishu survived a landmine blast. The engineer who was part of the team constructing the Mogadishu-Afgooye road escaped with injuries and was rushed to Digfer Hospital in Mogadishu for treatment.

It was not immediately clear if any group claimed responsibility for tonight’s blast but the militant group Al-Shabaab has conducted such attacks in Mogadishu in several occasions.